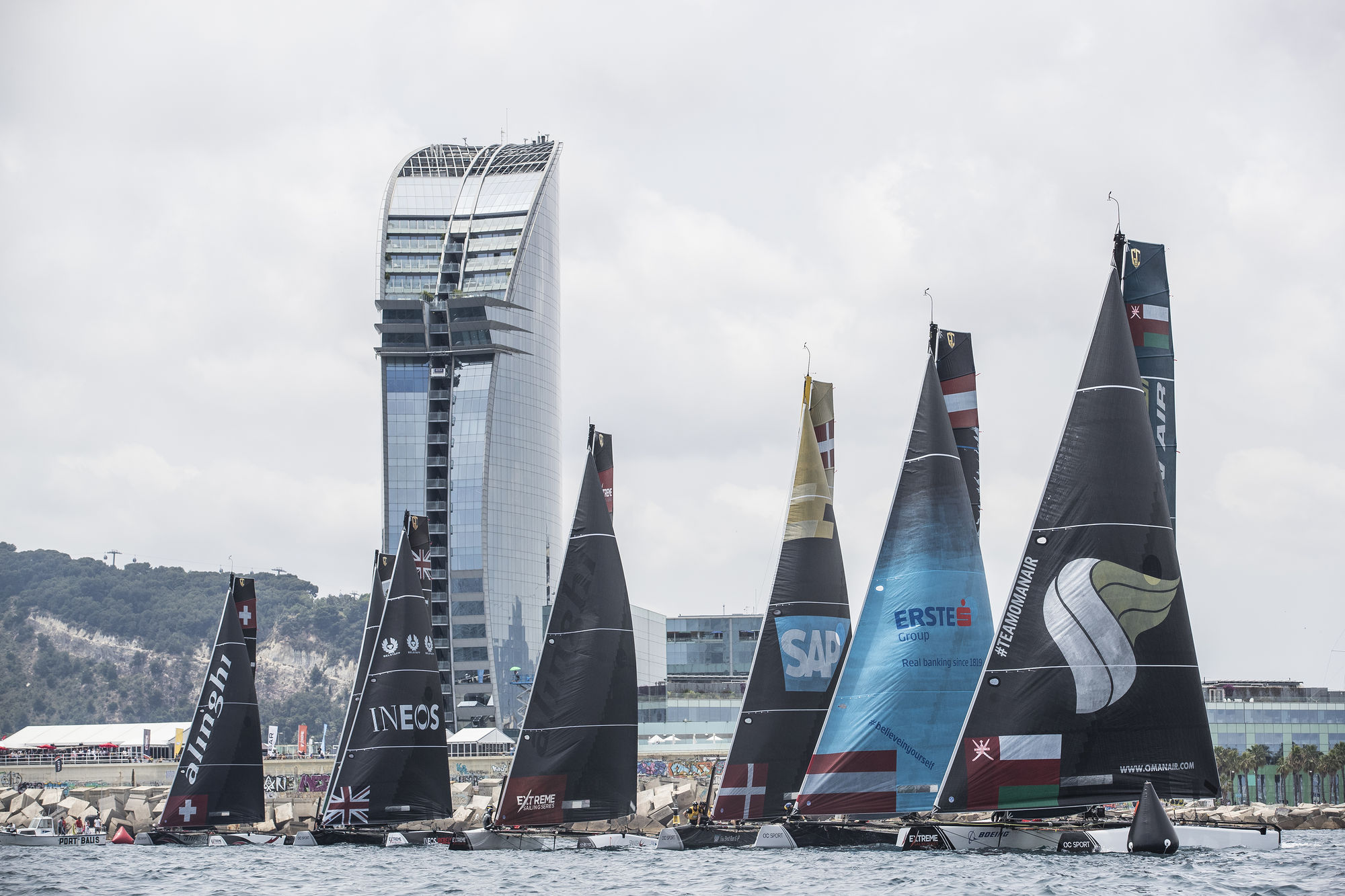 Red Bull sailing comes back from collision for fourth in Barcelona

BARCELONA (Spain) – Skipper Roman Hagara’s Red Bull Sailing Team had flown into first place on the initial day of sailing, Thursday, taking five podiums in six races as the GC32s reached speeds of up to 26.2kts in brisk winds. But the collision with the Omanis on Saturday caused extensive damage to the Red Bull boat, and the shore crew worked through the night to complete repairs in time for the final races. Sunday’s constantly changing winds demanded technical brilliance, and the young sailors on the repaired Red Bull GC32 regained focus and managed three more podiums, bringing their regatta total to 14 across 26 races.

By taking the win, two-time America’s Cup winners Alinghi jumped to the top of the Extreme Sailing Series rankings, pushing SAP Extreme Sailing to second, but both are tied in the points at 33 each, while Oman Air is just a point behind at 32.

“For the rest of this season, Hans Peter and I will put our focus on this crew, as we continue to work to create a pathway into professional sailing for talents all over the world. Our goal is to bring the sport of sailing to another level,” Hagara stated. Several sailors from the Red Bull Youth America’s Cup regattas in 2013 and 2017 now sail on various teams in the Extreme Sailing Series, including members of the Red Bull Sailing crew. Taylor and Hunter won the Red Bull Youth America‘s Cup 2017 in Bermuda, sailing under the British flag.

In the Flying Phantom regatta, Booth and Costa had the locals on their feet in their fourth-place effort for defending champion Red Bull Sailing.

Next for the Red Bull Sailing Team in the Extreme Sailing Series: the stadium racing series makes its debut in Cascais, Portugal for Act 4 on 5-8 July 2018.