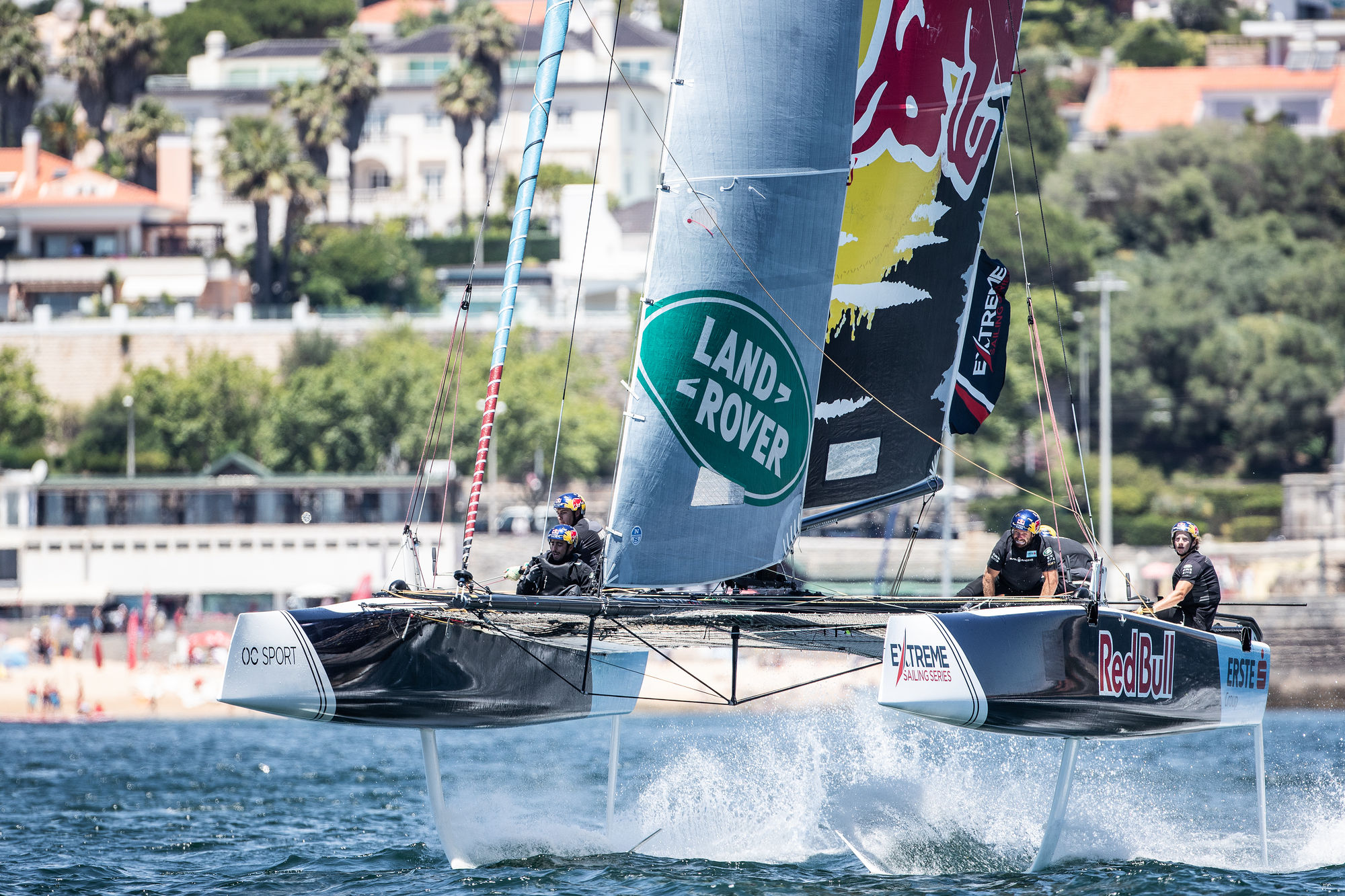 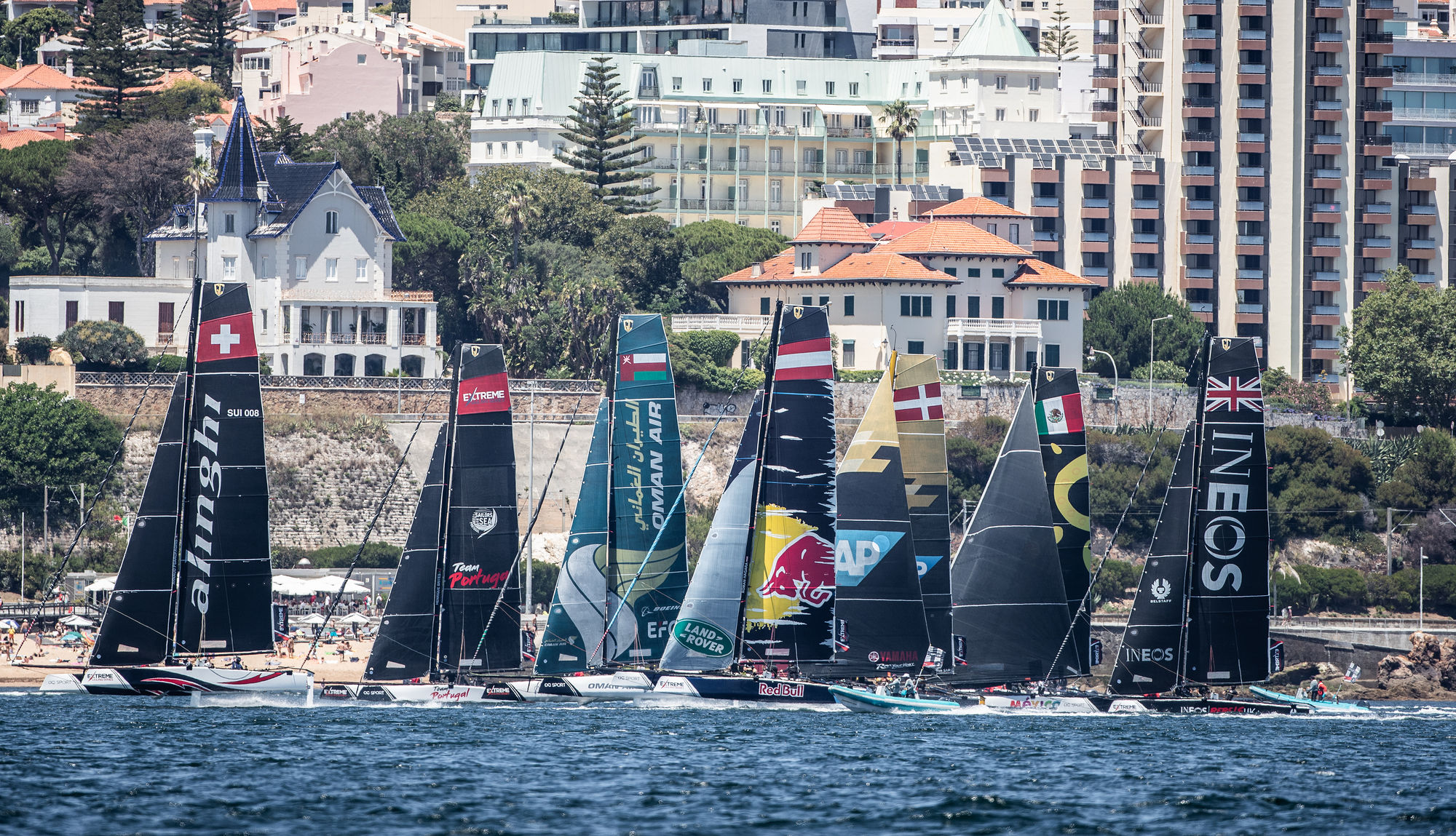 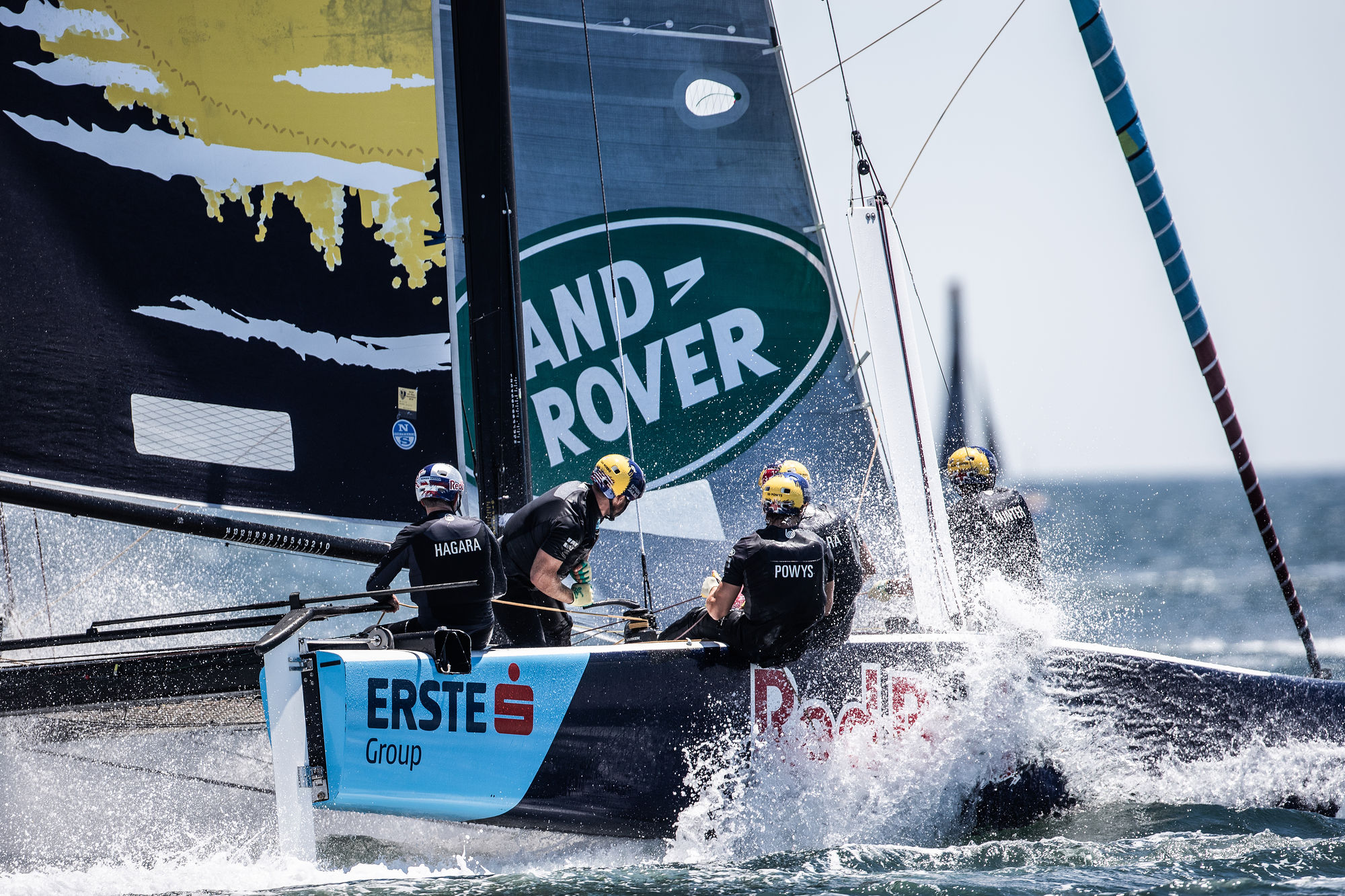 CASCAIS (Portugal) – The fourth stop of the Extreme Sailing Series was a new venue for the stadium racing format, but the crowds of knowledgeable local sailing fans gave a warm welcome to skipper Roman Hagara – a two-time Olympic champion who has sailed in Portuguese waters many times before. After finishing in the middle of the pack over the first two days of sailing, where winds neared 30 knots for thrilling foiling, Hagara and his young team – Ed Powys, Neil Hunter, Dan Morris and Rhys Mara – found their stride on Day 3, capturing their first race win, plus three additional podium finishes. On Sunday, the final day of racing, the Red Bull Sailing came out strong again, including a string of three consecutive race podiums that encompassed a win, but their GC32 catamaran sustained damage in a foil lift, making it necessary to miss two races while repairs were made. The team came back for the last three races, managing to salvage a fifth-place finish for the regatta.