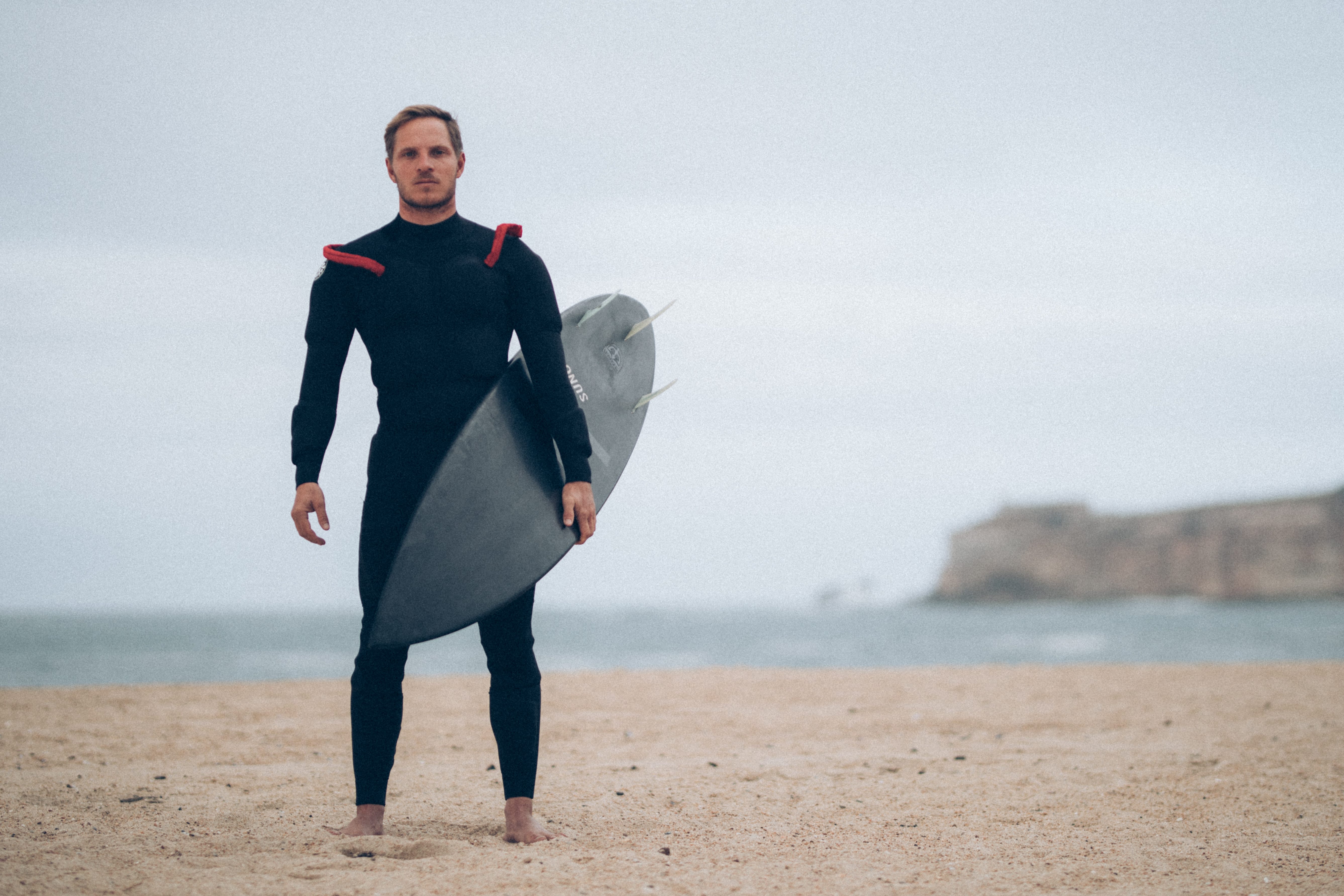 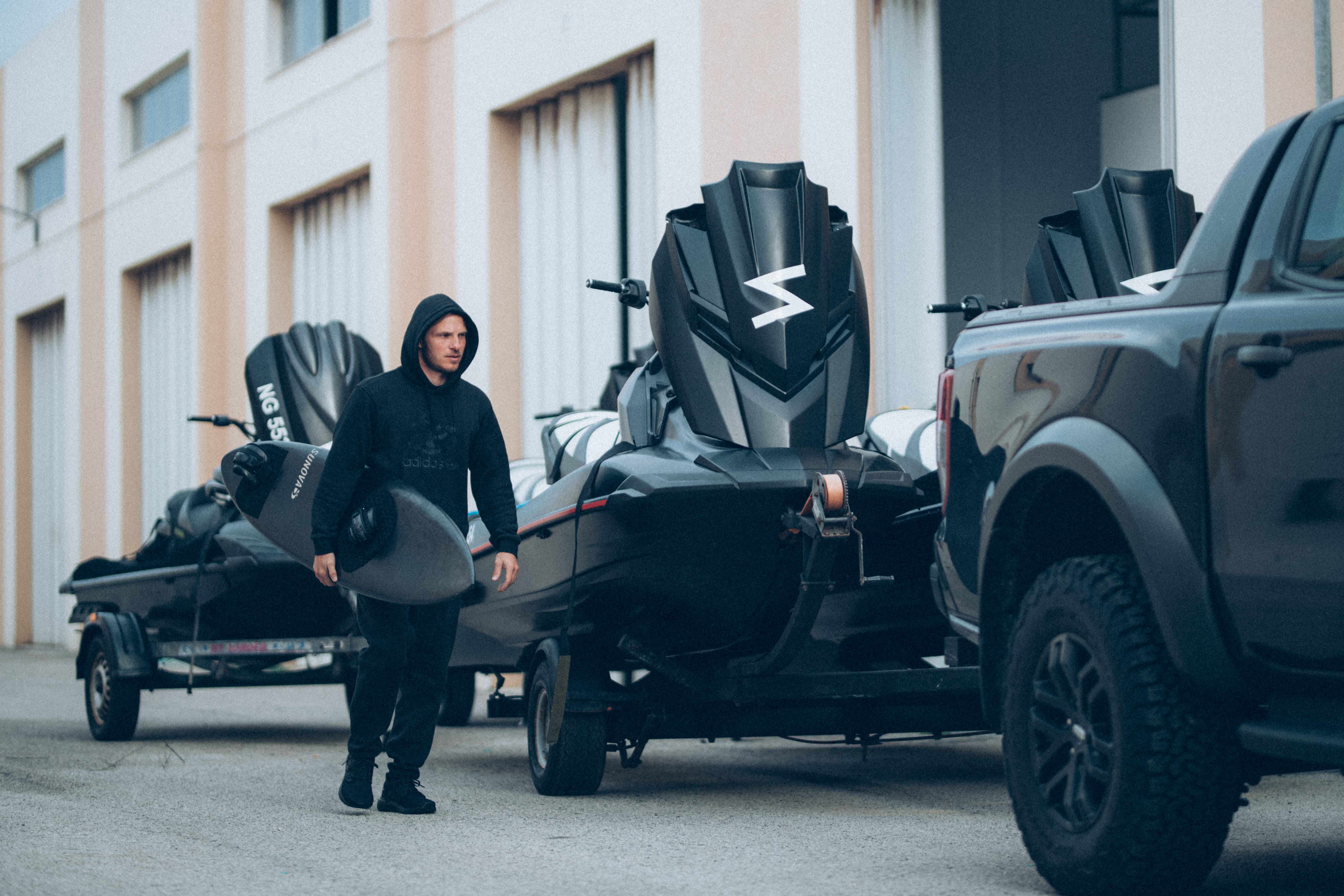 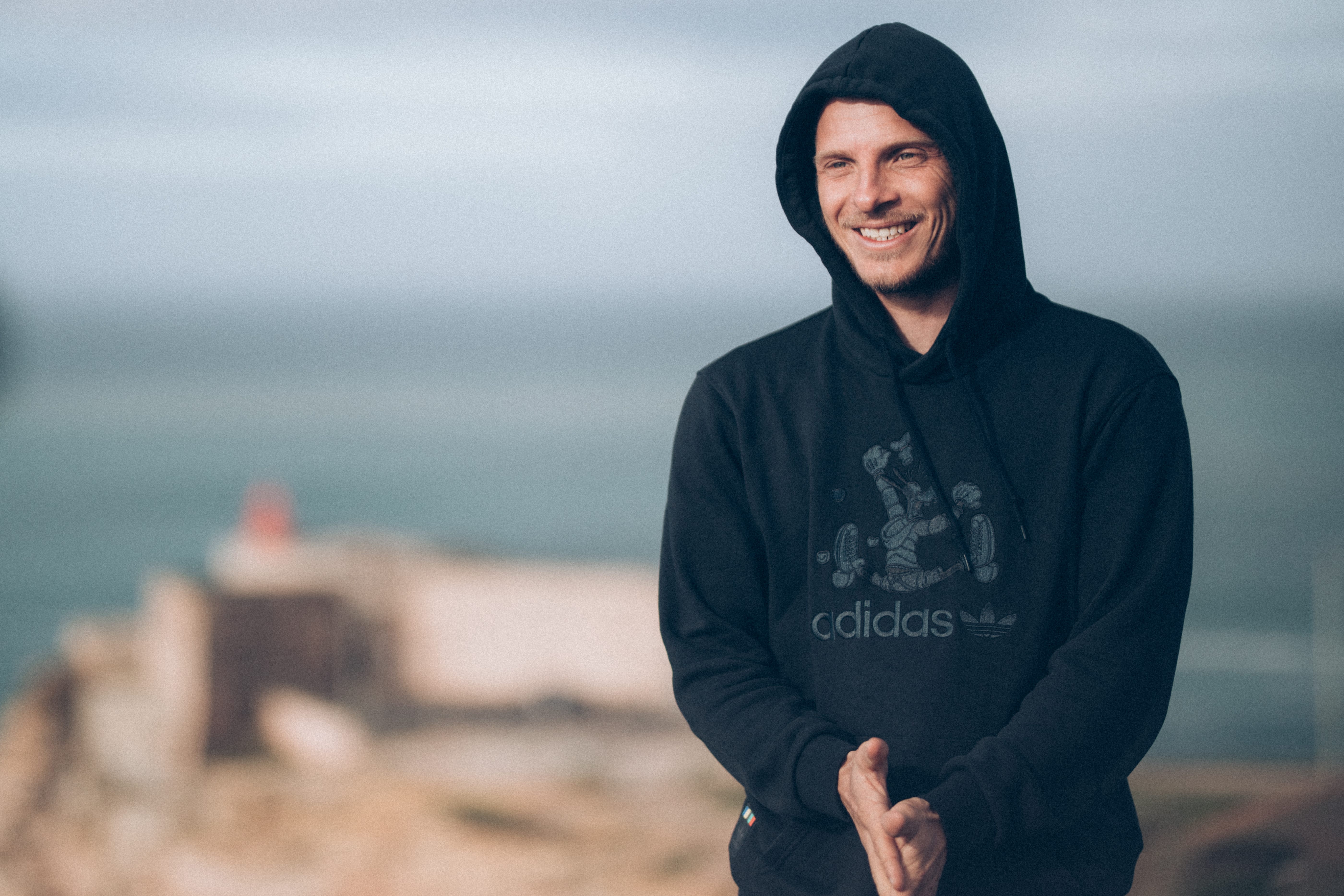 This Big Wave Season kicks-off with the biggest swell in history. Sebastian Steudtner is prepared to surf the biggest waves ever and break world records in Nazaré, Portugal.

Aged 16 Sebastian Steudtner followed his ambitious dream to become a professional surfer and moved from Nürnberg to Maui where he was raised by a Hawaiian Surf legend. As the very first European, he wrote history by winning the XXL Big Wave Award in 2010 and 2015. Among others, he was awarded surfer of the year in 2011 and 2012. Sebastian surfed the most famous wave ever in 2018 at Praia do Norte, Nazaré. Gaining close to one billion views on his epic ride, Sebastian established himself as the surfer leading the hunt to surf the biggest wave ever and a role model for European big wave surfers. Read more, 2018 Wave

On a never-ending search for the biggest waves on earth, Sebastian first surfed in Nazaré in 2012. Sebastian is the most consistent, most prepared, most trained Nazaré surfer, and therefore an expert on the spot. On- and off-season, Sebastian and his team follow an intense training plan to make sure they are focused and prepared for the swell. His team of sports scientists, military doctors, and physiologists support the action team in maximizing their performance and pushing their limits on the big waves.

Sebastian’s training- and big wave partner is the Brazilian professional big wave surfer Maya Gabeira. Years ago Maya and Sebastian have partnered up as a “team world” and continue to push each other to break records. As a team, they broke Maya’s own world record in February 2020 on the biggest wave ever surfed by a woman. Maya too is an absolute expert of the waves formed by the underwater canyon.

The most gigantic waves on earth break in Nazaré, a small fishing village 130km north of Lisbon. The underwater canyon of Nazaré is 230 km long and deeper than the Grand Canyon. It ends 500 meters before the coast, creating the most massive waves worldwide at Praia do Norte. The rough fall and winter storms push the water up the canyon, not only making the biggest but also the fastest wave worldwide. Praia do Norte is the only spot where “freak waves” break in such proximity to the shore.

Praia do Norte is the biggest, fastest, strongest, and therefore most challenging wave in the world.

With determination and never-stopping perseverance, Sebastian optimized both the material and his athletic performance to the spot in Nazaré. Together with a designated shaper, he developed the fastest boards manufactured to ride the biggest waves ever. Further, he established his signature move, an S shape, leveraging on the G-forces and maximizing the speed when surfing.

According to the forecast, Nazaré will expect the biggest waves in more than five years this week, on October 28th and 29th. A combination of weather model-, swell model -, and wave buoy data makes the forecast on swell size, -period, and -direction, and the wind speed reliable. “

Sebastian says: “This week is a very special week here in Nazaré, Portugal. There is a big storm coming from the Atlantic that most likely brings us the biggest waves ever seen. We will see some history written here in Nazaré. It has the potential to break all the records, the potential to be historic days. I am very excited to get in the water and surf.“

The ideal condition to surf giant waves, a phenomenon of nature, is a perfect combination of external and internal aspects. External factors are the absence of wind, a high period between the sets of waves, and a big swell forecasted. Internal factors are the constellation of the performance team, the athlete’s shape, and a strong safety system on the water and onshore. Sebastian is co-founder and president of the Nazaré Surf Rescue Association (NSRA) actively involved in improving the safety standards in big wave surfing. This storm will be the first time the NSRA team, doctors and lifeguards, will be at the beach prepared for the worst case.

Make sure to follow Sebastian Steudtner on all social media platforms (IG, Facebook) for further announcements and updates.

3MPG CONTENT BUTLER
The 3MPG Content Butler is a free media service providing news, stories, photography and footage for TV and web, as well as results and background information about Sebastian Steudtner.