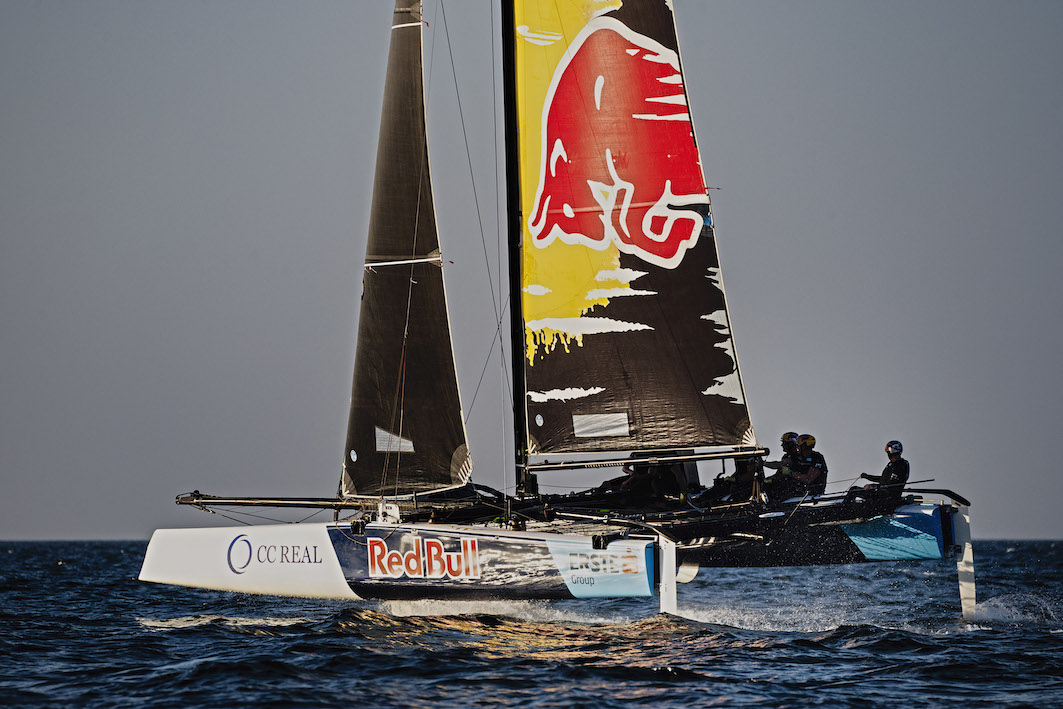 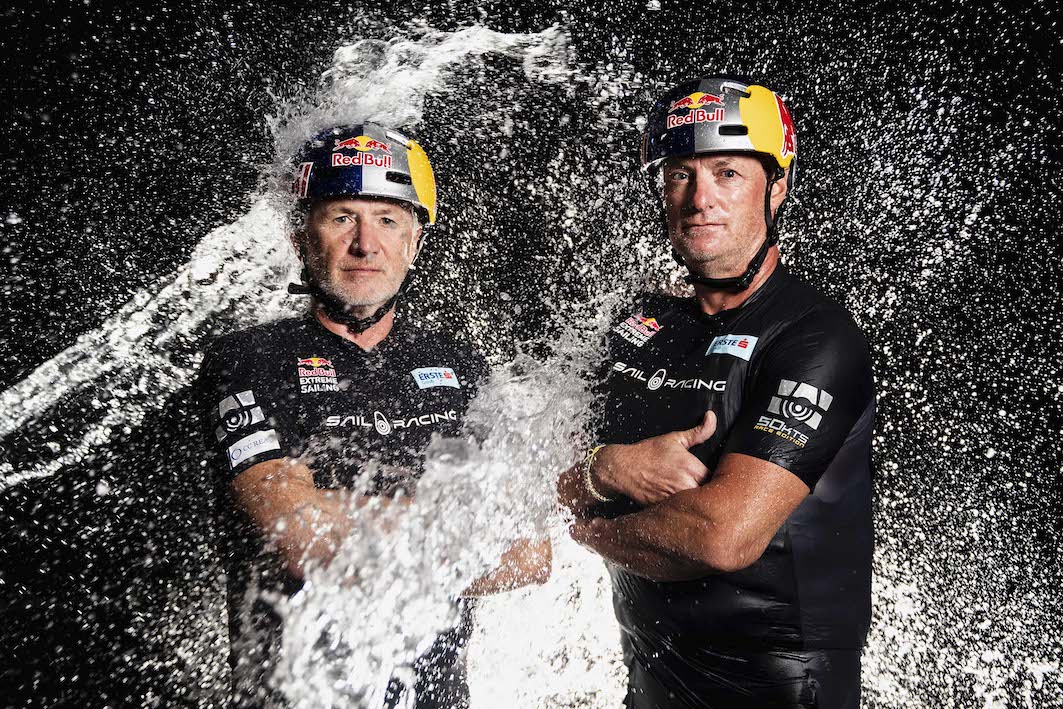 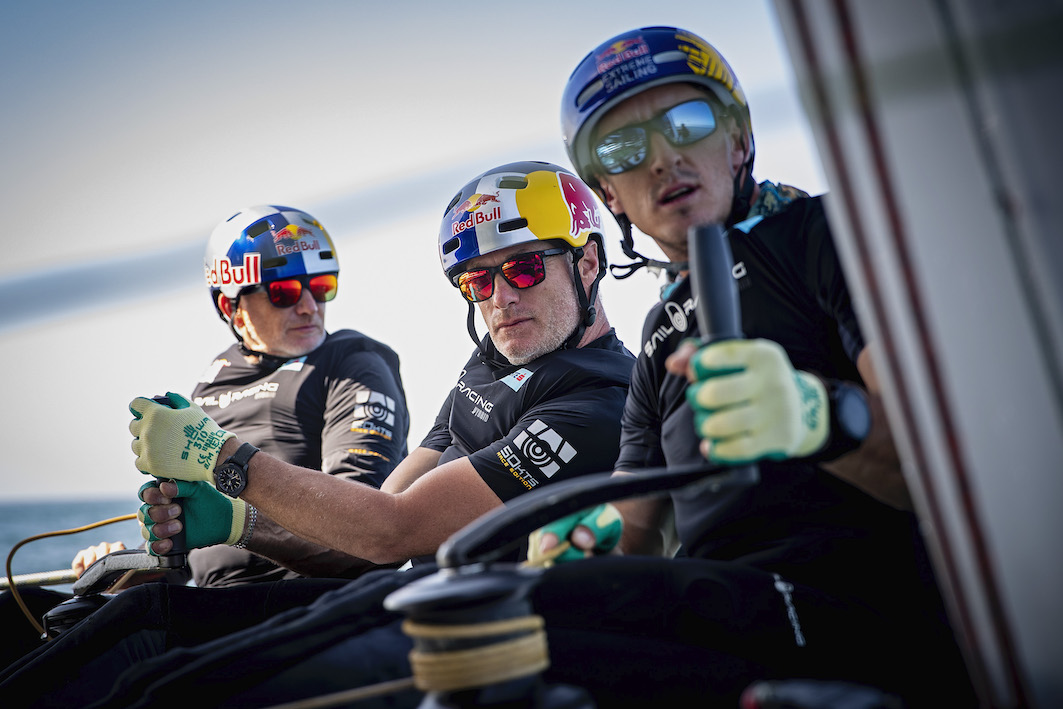 Red Bull Sailing’s second season in the GC32 Racing Tour will be momentous. After taking third place on the championship podium in their debut 2019 campaign, the team from Austria is back with a seasoned crew and a determination to push to the top. To make it, they’ll have to overcome the reigning champions and two-time America’s Cup winners Alinghi (SUI), as well as 2019 runners-up Team Oman. But the Austrian sailing stars who lead Red Bull Sailing – two-time Olympic Champions Roman Hagara and tactician Hans Peter Steinacher – have announced that this will be their last season of competition. And they don’t intend to let anything get in their way.

Salzburg (AUSTRIA) – The GC32 Racing Tour is a battlefield for the best sailors on the planet, with a formidable weapon in the blazingly fast GC32 foiling catamaran. But Hagara (skipper, helm) and Steinacher (tactician) quickly proved that they were up to the fight when they led Red Bull Sailing to its standout debut season. Now, the Austrian duo with two Olympic golds and almost countless world, European and national titles are hungry to cap off their racing careers by taking the championship from a field of standouts that includes their fierce rivals from Switzerland and Oman.“These GC32s are already a big challenge to sail, and when the wind is right we are reaching speeds of up to 70 or 80 kilometers per hour. On water, that’s an insanely high speed,” Hagara says. “When you have teams of this level all sailing together at that velocity, it’s super exciting, and the crowds get an eyeful.”One of the factors that make Red Bull Sailing a favorite in the GC32 Racing Tour for 2020 is that Hagara and Steinacher have their complete Red Bull Sailing crew from 2019 back on board. Australia’s Rhys Mara (trimmer), fellow Aussie Mark Spaermann (board trimmer), and Sweden’s Julius Hallström (bowman) are powerful young sailors who now possess a full season of experience in building teamwork and vying against the best in the world.“We are at a point where everyone knows what the others are doing, and that instinctive understanding is the big advantage,” Steinacher declares.The 2020 GC32 Racing Tour season will hold regattas in five breathtaking locations known for conditions that allow the boats to get up on their foils and fly. The campaign opens right where it left off: Muscat, Oman, where at the 2019 finale Red Bull Sailing claimed its third consecutive podium to clinch a place in the top three overall. Then it’s breezy Riva del Garda, Italy, followed by Lagos, Portugal and the GC32 World Championship in Villasimius, Sardinia, Italy. Finally, the battle will come to a climax at the GC32 Season Finale 2020, to be held at a new venue to be announced.

While Hagara and Steinacher won’t be racing after this season, they will still be sailing hard and leading progression. Hinting of exciting action ahead, Steinacher says, “We have some super projects in mind, and our plan is to continue sailing the GC32 all over the world. We intend to take it to some amazing spots and show what it’s capable of.”Hagara adds, “The foils on this GC32 allow us to reach new speeds, and we want to give as many people as possible the opportunity to share this experience with us. We will definitely stick to sailing, because it’s the sport we love. But for now, we’ve got a championship to fight for, and we’re all in. It’s going to be a great season and we can’t wait to get started.”Follow Red Bull Sailing all season long: #redbullsailingteamImages for editorial use only. Credit: Samo Vidic for Red Bull Content PoolInformation, videos, images: www.redbullsailingnewsroom.com

About the GC32 Racing Tour
GC32 course configurations are similar to those used in the America’s Cup, and venues are chosen with the aim of providing the best chance of optimum conditions to get the catamarans flying on their foils. The 2020 tour visits five venues:
25-29 March:  Muscat, Oman
27-31 May: Riva del Garda, Italy
24-28 June:  Lagos, Portugal
16-20 September: Villasimius, Sardinia, Italy (World Championship)
21-25 October: New venue (TBA)