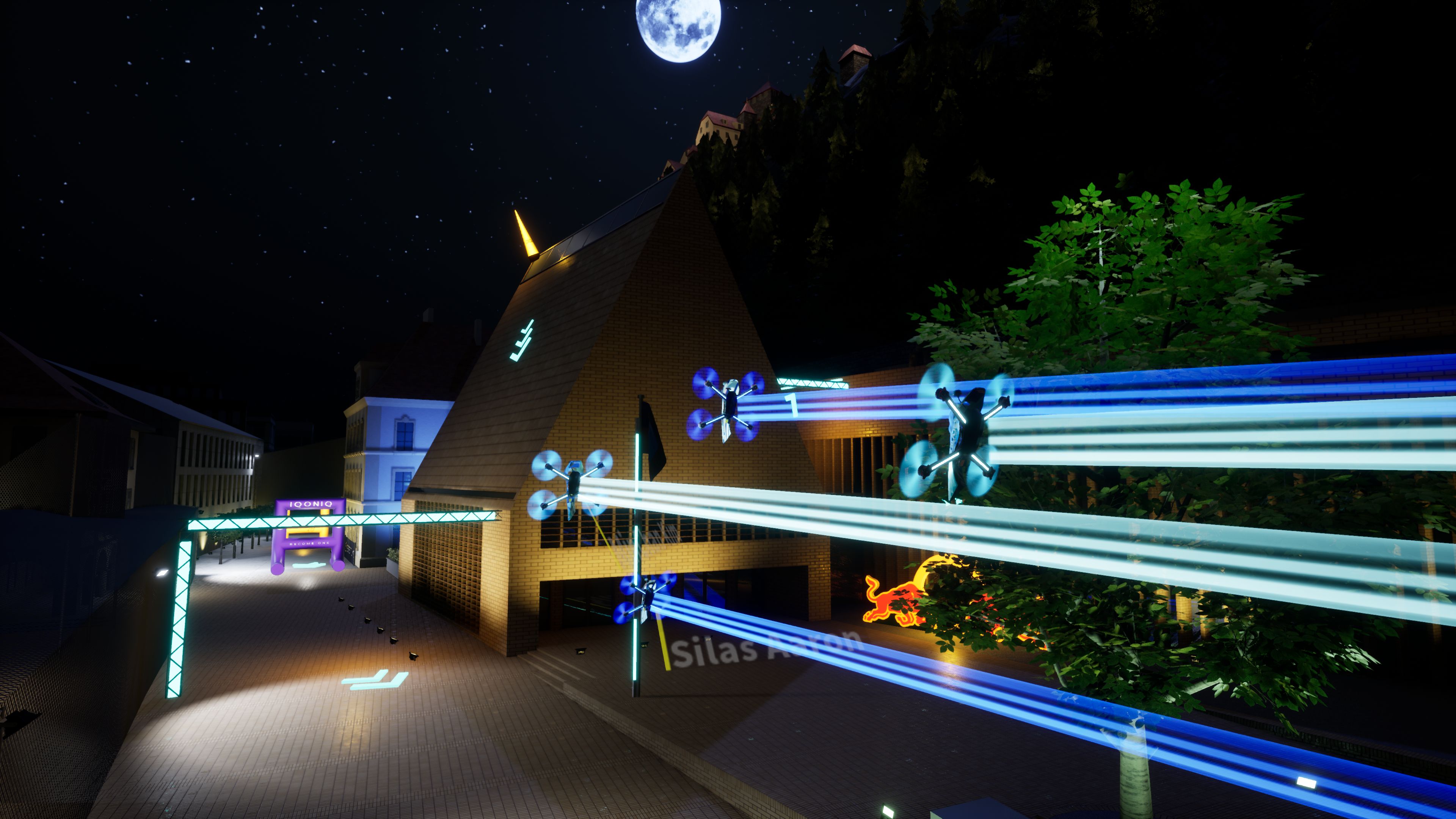 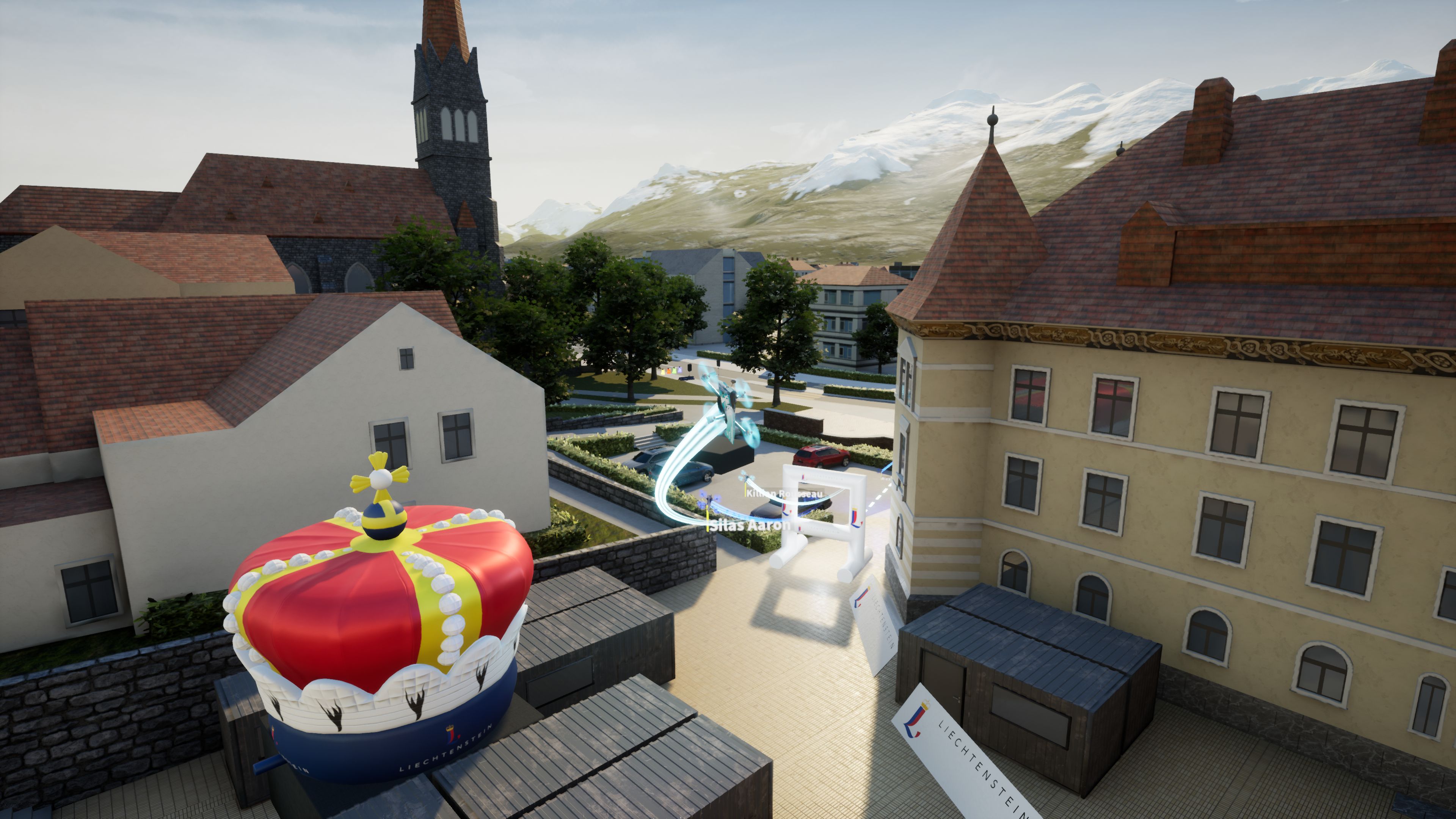 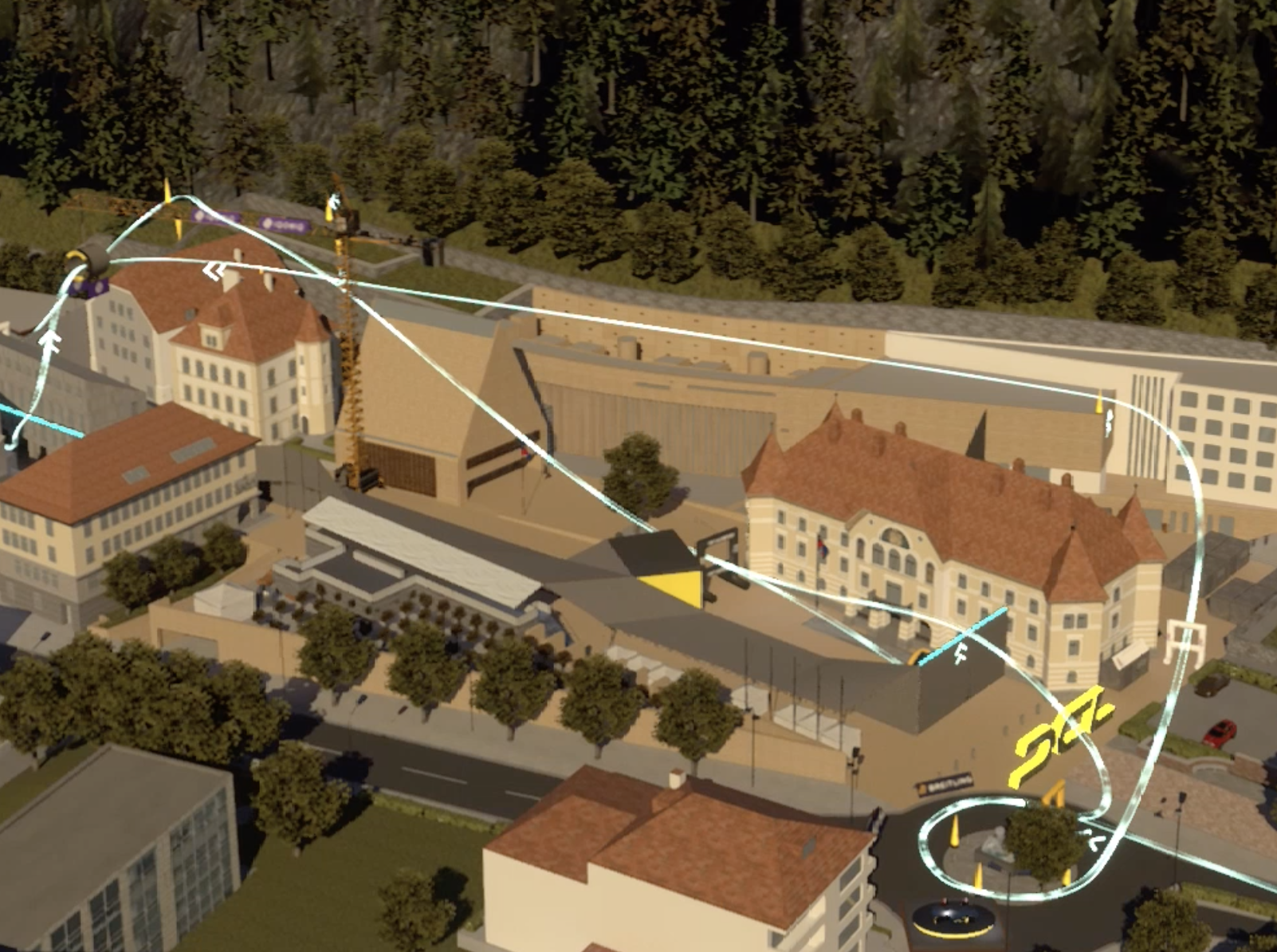 The first Virtual Season in the history of the Drone Champions League has kicked off with an American revolution. At the Breitling Virtual Drone Grand Prix Vaduz, Liechtenstein, eight international teams launched the 2020 World Championship of professional drone racing teams with two days of racing. In Saturday’s Grand Final, the reigning XBlades of Great Britain – who are targeting a fourth team title – defeated Quad Force One of the USA. But in a Sunday rematch, the Americans staged a long-awaited coup. Now the rivals are tied in the overall points at the head of the standings, while Denmark’s APEX Racing is close behind after finishing third on both days. With three more stops on the calendar, the battle has only begun.

Vaduz, LIECHTENSTEIN – A hint that a storm was brewing came when Quad Force One topped the timesheets in Qualifying sessions for both Day One and Day Two. The American team, who were overall runners-up to XBlades in 2018, seemed to be back in form after a disastrous 2019 campaign. Still, they had never beaten their British nemesis in a race final.

And as the racing opened on Saturday, XBlades were ready to continue their dominance. They eliminated their closest foes of last season, APEX Racing, in the Semi-Finals, then squashed a surge by Quad Force One in the Grand Final to claim the race win, 9 points to 7.

In Sunday’s Grand Final rematch, XBlades star Luke Bannister described the speeds as “stupid fast,” and heat results came down to thousandths of a second. When the flying was over, XBlades and Quad Force One were deadlocked at 7 points each, but a countback to Qualifying put the Americans on top. Can they take their revolt all the way to the World Championship?

Another big story was Raiden Racing, who finished last in 2019, without a single point. In Vaduz, the Japanese team not only scored but advanced to the Semi-Finals for the first time in two years. As a result, Raiden shares the midfield of the season standings with Korea’s Falcons Racing (formerly Veloce), while the China Dragons and Russia’s Drone Sports Global have work to do with zero points. Rounding out the Vaduz field was Spanish wildcard team Indrone.

With the virtual drones all the same, the focus was on pilot skill. Pilots who had switched teams in the off-season made a big impact, such as MinChan Kim, a fierce force for XBlades, and Pawel Laszczak, who piled up points for Quad Force One. Altogether, pilots from 18 nationalities took part in Vaduz, and 11 of the pilots were new to DCL after being selected in Draft sessions.

The teams faced four racetracks across the weekend – two daytime and two night-time – that they had never seen until their Qualifying sessions. The virtual tracks featured iconic Vaduz landmarks, such as St. Florin Cathedral and Liechtenstein’s Parliament, with the addition of heart-stopping gates and camera angles that would be impossible in real life.

Starting Monday, 20 July, at 09:00am UTC, all four of the new tracks from the race in Vaduz can be played in DCL – The Game. Same tracks, same conditions, same drones – so players can see how their times really compare to the pros.

Since 2016, DCL has brought together the planet’s best drone pilots, who compete on eight international teams in spectacular settings globally – and this year the season is virtual. Each race is broadcast live, worldwide on TV and online. Anyone can battle for a place in the DCL Draft Selection by playing DCL – The Game.

If you missed it: You can catch up on the livestreams at www.juked.gg

Next up: The DCL season continues in a bespoke virtual world at the Virtual Drone Grand Prix in Proptown, USA. Follow the action on Saturday and Sunday, 8-9 August, at 14:00 UTC, on juked.gg.

Quotes after day 2 in Vaduz

Alex Campbell, Quad Force One
I couldn’t be any more proud of how it’s going this year. To make a true champion doesn’t mean that you win once. A true champion, in my book, has been on the top, he’s fallen back down, and he’s gotten back up. So I feel like we were almost on top in 2018. 2019 was our dip – we took a hard year, a lot of stress, a lot of anxiety. We’re writing a story, and race two [in Vaduz] is our intro to this storybook. I can’t wait for you guys to experience what’s going to happen.”

Luke Bannister, XBlades
“It was a really great race. Those guys [Quad Force One] put in so much work and were stupid fast. It was really intense that it came down to those last few points. I think our team is amazing. I’m super proud of them, and having a first and a second is great.”

About DCL
The Drone Champions League (DCL) is the recognized championship for professional drone racing teams: an innovative race series that blurs the lines between virtual and reality. Since 2016 the DCL has drawn the world’s best drone pilots, who qualify for each race in DCL -The Game and then go on to compete on international teams in spectacular real-life settings, from global capitals to surreal natural wonders.

The LED-lit racing drones dart through the custom tracks head-to-head, reaching speeds of more than 160 km/h as the pilots fly them using virtual reality goggles. First to the finish wins, and margins are breathtakingly tight. Each DCL race is broadcast live, worldwide on TV and online. In 2020, DCL will take their season to the virtual world and has recreated real-life cities inside DCL – The Game.

3MPG CONTENT BUTLER: DRONE CHAMPIONS LEAGUE
The 3MPG Content Butler is a free media service providing news, stories, photography and footage for TV and web, as well as race results and background information about the Drone Champions League. https://contentbutler.3mpg.ch/
All content is free for editorial use.