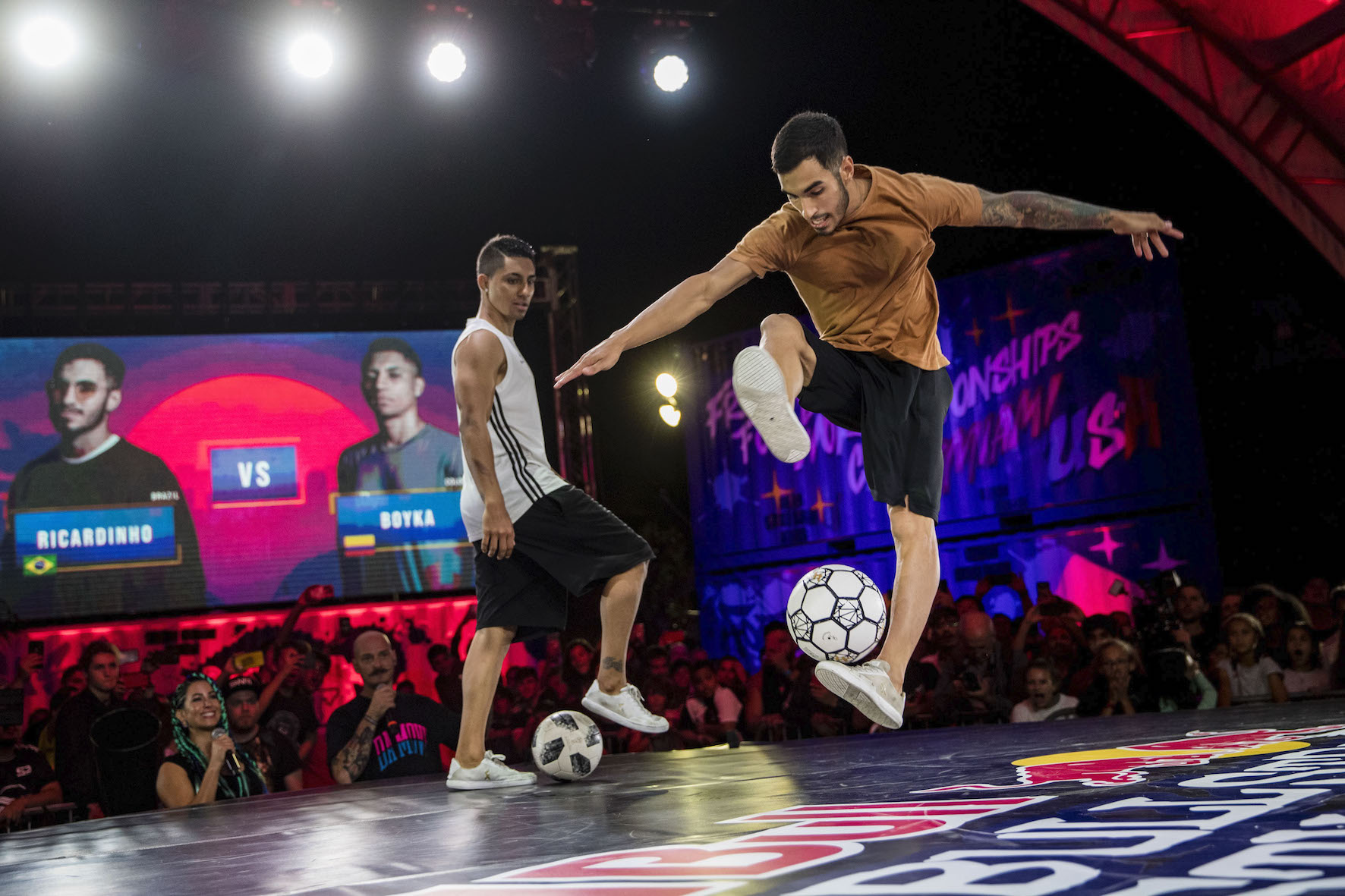 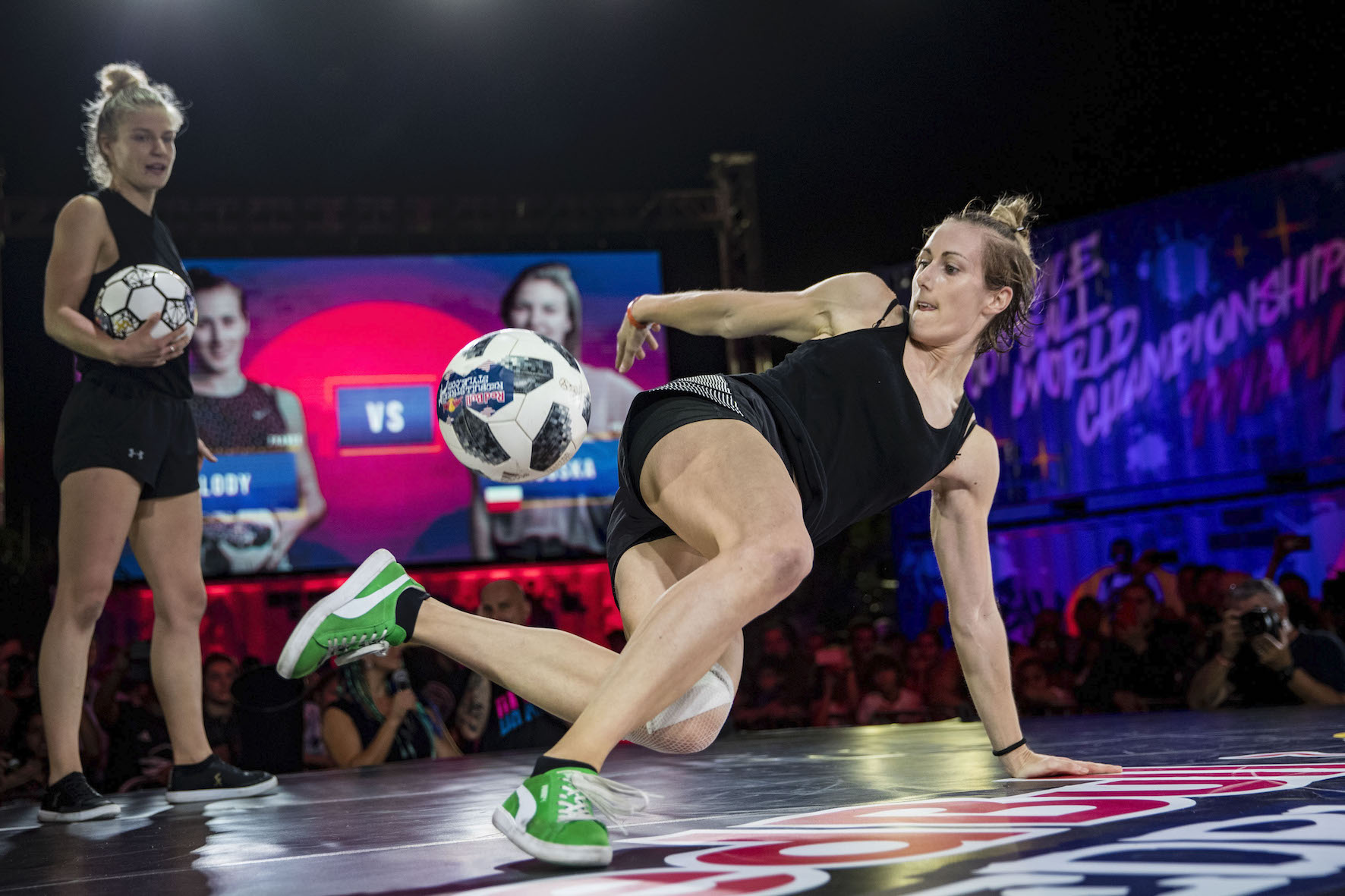 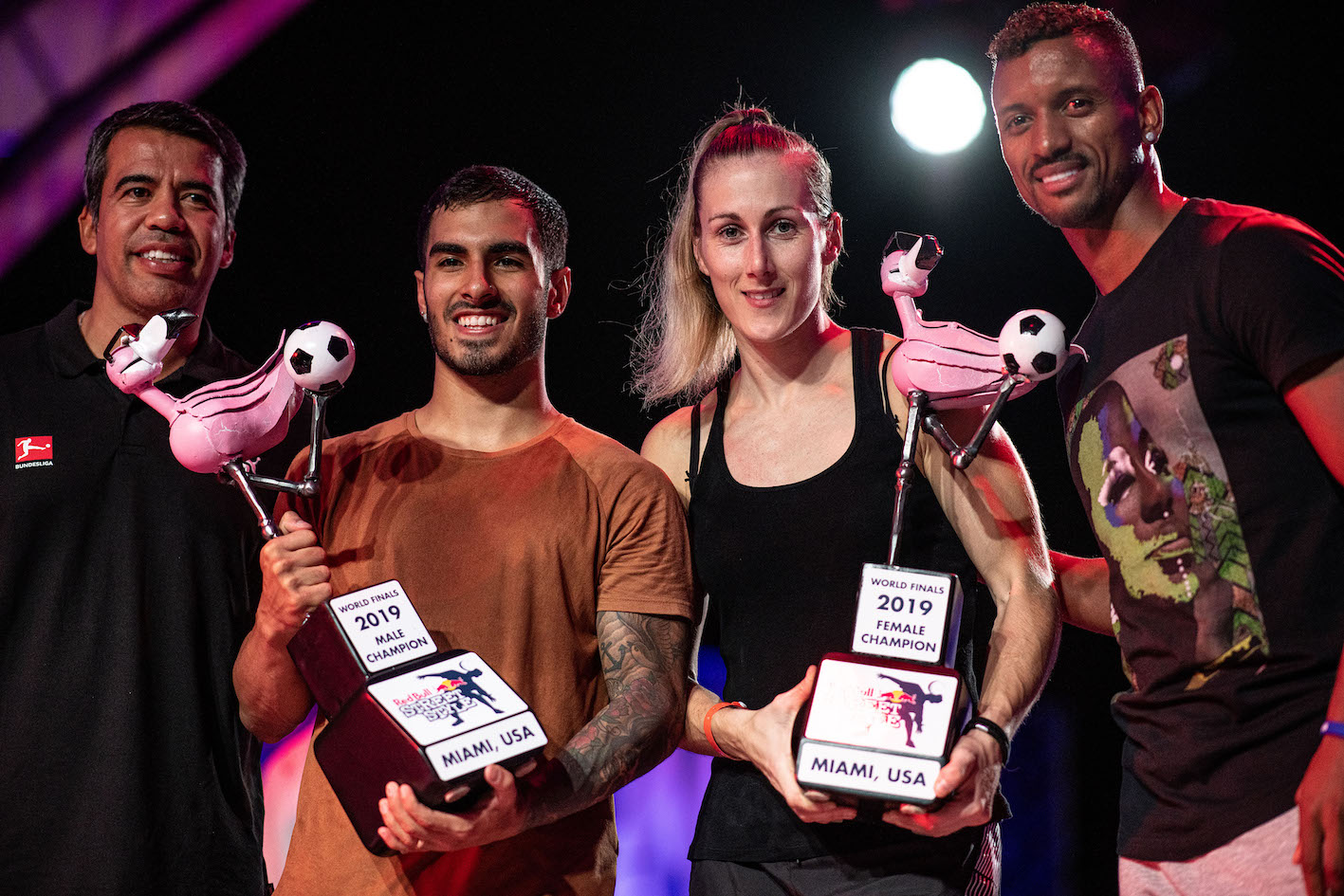 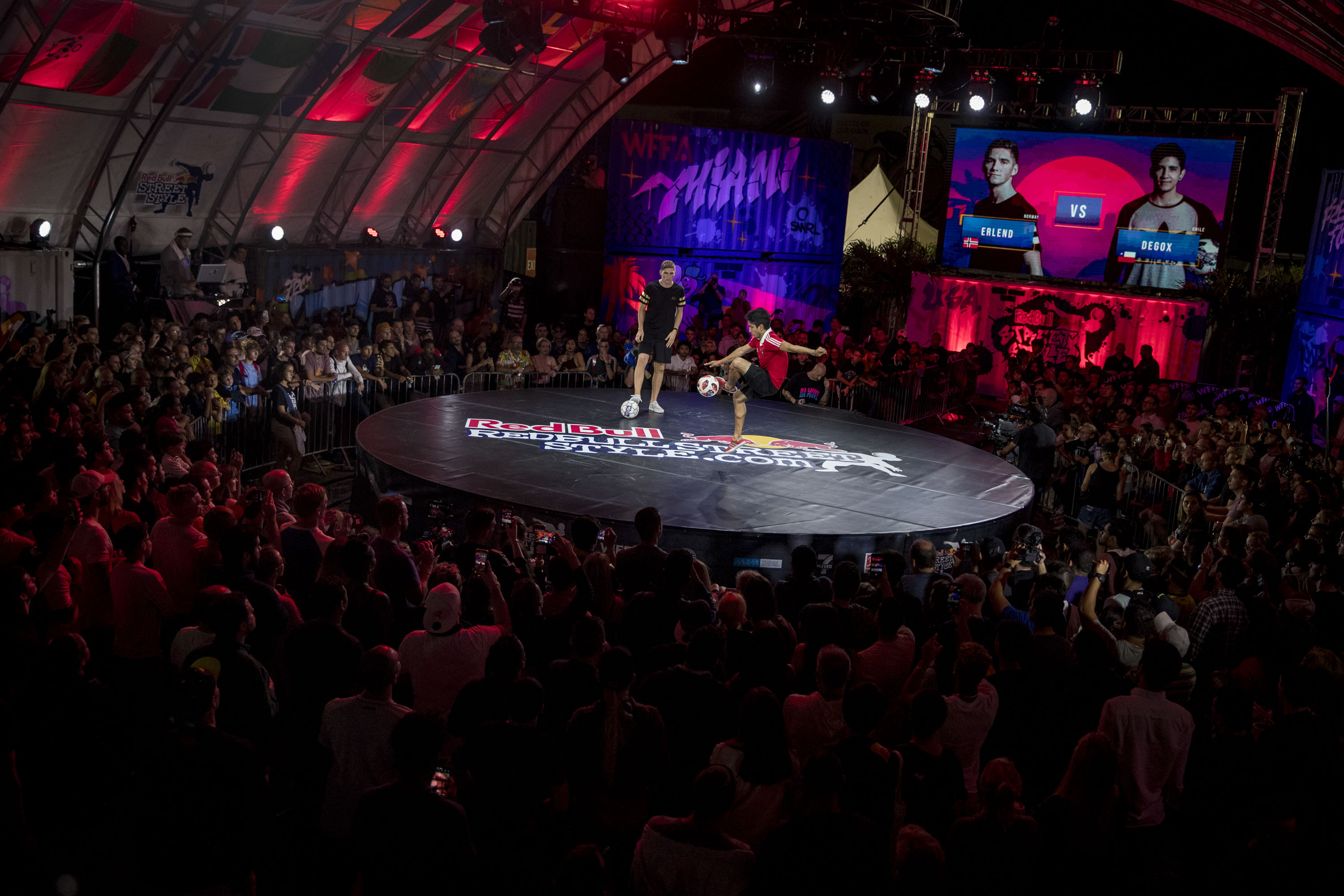 –      A judging panel including Mexico’s Bundesliga pioneer Pável Pardo as well as Portugal’s Premier League champion Luís “Nani” Almeida had an almost impossible task, as the cream of a field from nearly 50 countries went head to head in the final rounds of the 2019 World Championship. The top 16 men and the final four women took the spotlight at Miami’s graffiti-decorated Wynwood Marketplace, where the circular stage enabled 360-degree views of the action.

–      Emotion was high from the opening rounds of the Red Bull Street Style World Final, especially when Boyka defeated one of the top favorites, Erlend Fagerli’s brother Brynjar Fagerli. The tension only escalated when the Semi-Finals brought Erlend and Ricardinho head-to-head in a rematch of the final battle of the 2018 World Final. In a showdown hailed as one of the best in freestyle history, the two stars continually one-upped each other on the Miami stage, raising the bar with trick after trick. In the end a confident Ricardinho was the giant killer, edging out the Norwegian in a split decision.

–      After Boyka defeated Japan’s Ko-suke Takahashi, the two South Americans delivered an unforgettable final battle. Feeding off their mutual energy and the passion of the crowd, the pair threw down one jaw-dropping trick after another. When Nani lifted Ricardinho’s arm as the winner, the Brazilian pulled off his shirt in celebration, and the two rivals hugged with genuine respect for each other’s skills.

–      The women’s competition also served up a grudge match from the 2018 World Final, where Agnieszka “Aguśka” Mnich of Poland had denied Donchet a hat trick of three consecutive titles. In Miami, an inspired Donchet seemed not to feel the effects of a still-healing knee injury. The Frenchwoman pushed Aguśka into small mistakes and even managed to blow a kiss to the crowd in the midst of her astonishing moves. Only when Pavel Pardo announced her victory did Frenchwoman let herself shed happy tears for the accomplishment of lifetime. The Netherlands’ Laura Dekker, a 19-year-old on the rise, claimed third place.

PÁVEL PARDO, Mexico / Pro football legend from Mexico, Red Bull Street Style World Final Judge: “I enjoyed being a judge and experiencing the energy of the players. Congratulations to everybody and especially to the winners. Freestyle is a different kind of football – a lot of tricks. The activity from all the players was fantastic, juggling the ball and doing acrobatics. I liked it. And of course, the final was amazing because it was two Latin people on the block. It was perfect.”

LUÍS “NANI” ALMEIDA, Portugal / Football superstar from Portugal, Red Bull Street Style World Final Judge: “I had a lot of fun, and I enjoyed it a lot. Everyone gave their best performances and sometimes it was hard to choose. It’s a fantastic event.”

RICARDO “RICARDINHO” FABIANO CHAHINI DE ARAÚJO, BRAZIL / 2019 Red Bull Street Style Men’s World Champion: “It’s more than a dream come true for me, to be honest. I came to do this, and I don’t know how to explain it. I came with the mind of a champion, like a lion, and I bettered myself in each battle. The level of competition this year was crazy, but I just care about myself on the stage, and I think I took the right way to beat all the guys and to be the champion.”

MÉLODY DONCHET, FRANCE / 2019 Red Bull Street Style Women’s World Champion: “Miami is a place that I truly adore. Now I feel so good. Before the competition I thought I would not win because I stopped training two months ago, due to a bad injury. My doctors told me not to do the competition. But before the event I felt good, and in Qualification I felt good. And in the Final – normally I feel a lot of stress, my whole body shaking – and this year it was not easy, but my body said, ‘OK, you will do it.’ So it’s my third time to win this freestyle world title, and I’m very happy.”